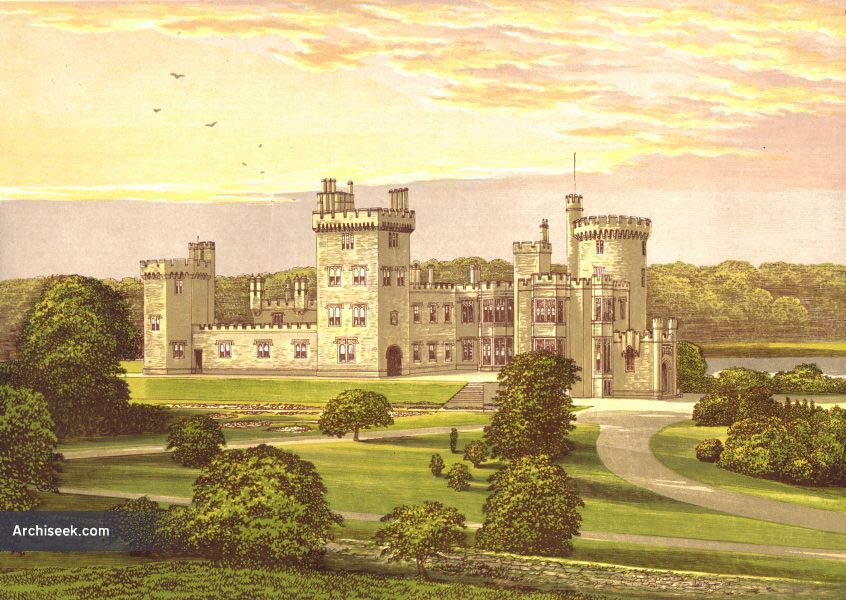 Work began around 1822 and cost about 50,000 to complete. The Pain brothers submitted some classical designs but their client Edward O’Brien, 4th Baronet Inchiquin, chose their neo-gothic designs, influenced by John Nash. James and George Richard Pain had been pupils of Nash in England. The building was completed in 1835. Samuel Lewis writing in 1837 described Dromoland as: “a superb edifice in the castellated style, lately erected on the site of the ancient mansion, and surrounded by an extensive and richly wooded demesne, in which great improvements have recently been made”. It is now an hotel.