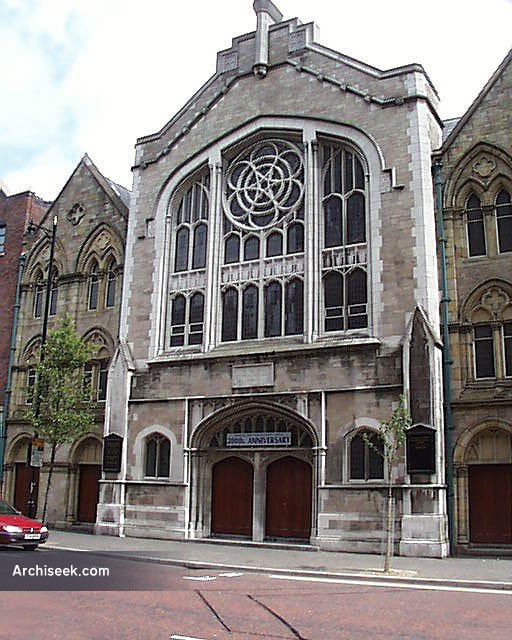 The original church on this site was completed in 1860, with additions in 1871 on either side by Luke Macassey. There were extensive renovations in 1898 before it was largely destroyed by fire in 1931. Rebuilt in 1932, it was rebuilt by Samuel Stevenson & Sons in 1955 again following extensive bomb damage during the Belfast Blitz of World War II.