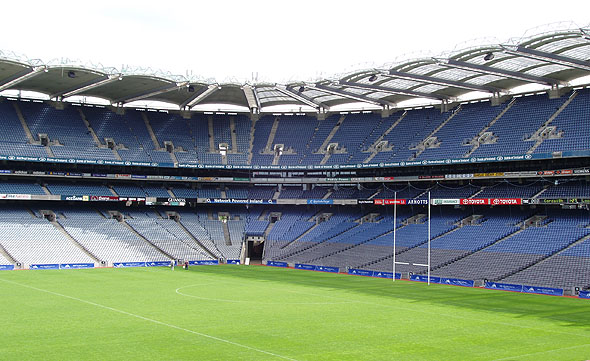 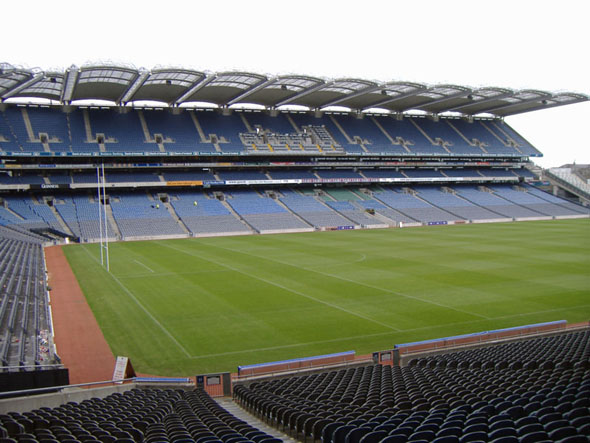 The designers of Croke Park Stadium were today awarded the RIAI highest honour given to a building of exceptional merit. President Mary McAleese presented the Royal Institute of the Architects of Ireland’s (RIAI) Gold Medal to the architectural practice Gilroy McMahon for the GAA Stadium on Dublin’s northside. The award is given for a building constructed in a three year period, and after some years have lapsed so the buildings can be appreciated after time.

President Mary McAleese said the eight projects shortlisted showcased contemporary Irish architecture at “a watershed moment” in our history. “Could they have chosen a more popular and iconic building – one that already has in the short few years since its transformation created a store of historic memories, some of them little short of miraculous,” she said. “I am speaking of course of Croke Park, scene of sporting triumphs, scene of peace-making and unparalleled reconciliation, but most of all the scene of intense and emotional national pride that such a wonderful place could have been aspired to and delivered by an amateur sport and a volunteer organisation.” 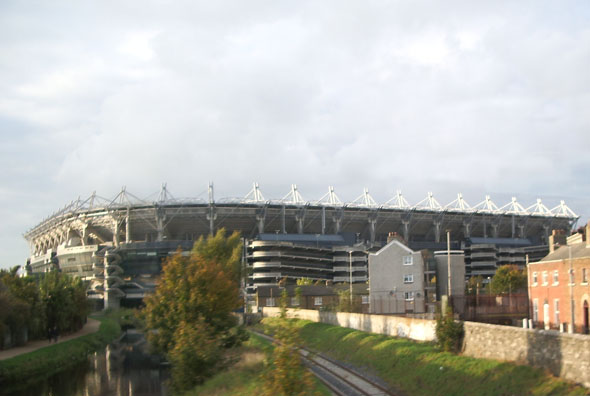 Commenting on the award, judging panel chairwoman Joan O’Connor said: “Croke Park stadium is a landmark in the architectural, historical and cultural landscape of Dublin. It relates well to its neighbours and environment while being an elaborate but delicate signature on the city’s sky-line. Not only does it afford 83,000 visitors full and clear vision of the field of play, it provides a sense of community within its audience and is as impressive when empty as when full to capacity. The secret of the design is in the carefully balanced Y section which elegantly supports the terraces, concourses and the magnificent cantilevered roof.”

Accepting the medal, Des McMahon of Gilroy McMahon Architects said: “Croke Park has rewritten the rules for stadium design and is recognised internationally as a superb structure. Its creative design, in a restrained inner city context, creates a communal intimacy for spectators. The new stadium has helped reaffirm the historical importance of the GAA as a Gaelic cultural beacon. It is a tribute to the confidence and cultural values of the GAA who, through their generosity in sharing the venue with all sports, have engendered a sense of national ownership and pride.”