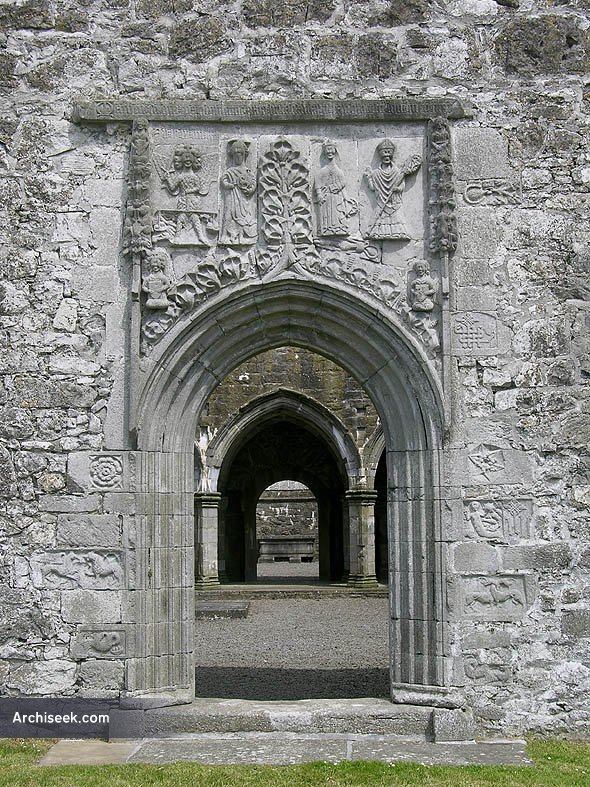 The first monastery founded here by St. Baeten in the late 7th century no longer exists. The current ruins date from the late 12th century onwards. After a fire in 1404, the buildings were reconstructed on a grander scale but a few years later, the monastery was deemed corrupt and taken under the control of the then Pope.

In 1540 the monastery was dissolved, but the Augustinian Friars returned in 1637.

The west doorway of the church from 1471 is notable for its carvings – St. Michael weighing souls, and Saints Ausgustine, Catherine and John a pelican, and a mermaid with mirror.