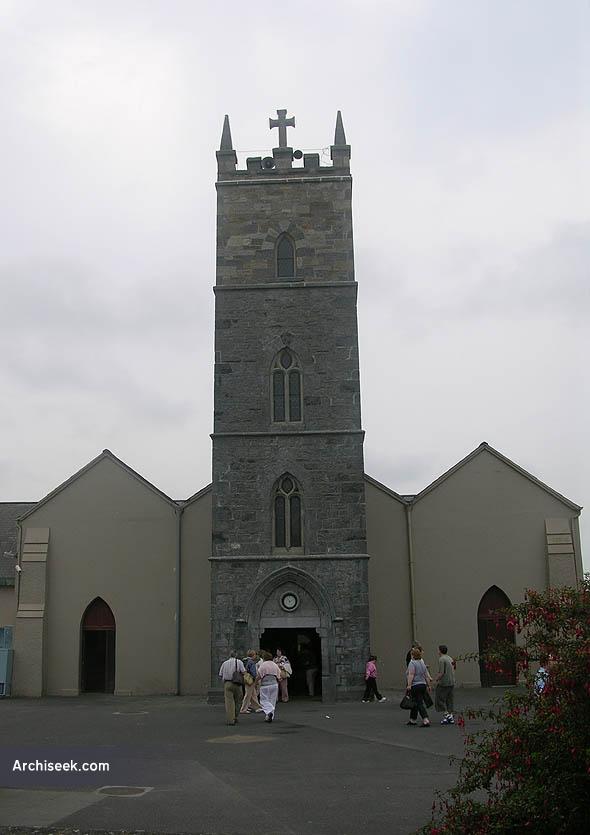 Knock’s notability derives from the Apparition of 1879, when, at 8.00PM on 21 August, it was reported that the Virgin Mary, together with St Joseph and St John the Evangelist, appeared to local people at the gable wall of this, the local church. In the 20th century it became one of Europe’s major Roman Catholic Marian shrines, alongside Lourdes and Fatima. The church is notable for its tall tower which rises in segments.