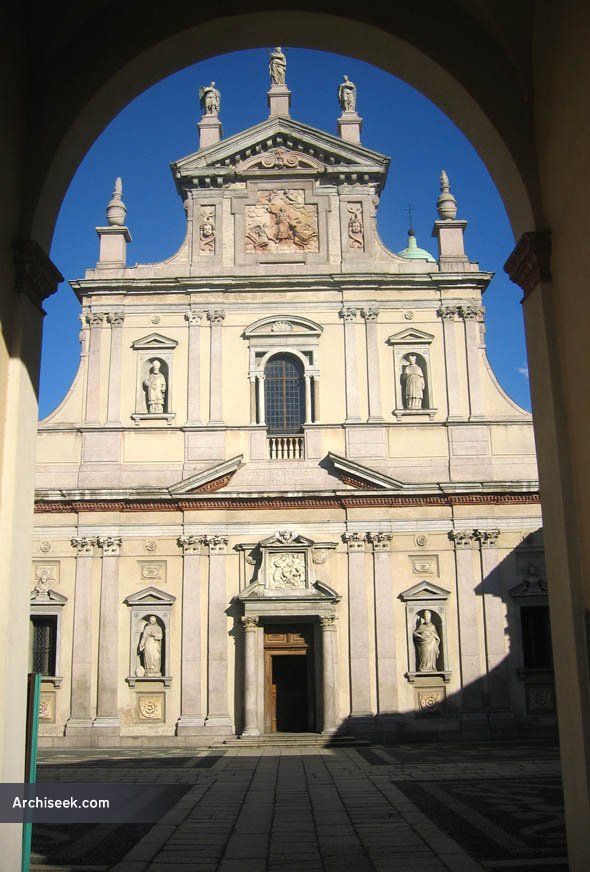 There are differing opinions as to who planned the interesting facade, ranging from Alessi or Pellegrini to Seregni. Altered in late Renaissance forms in 1562 and the early seventeenth century got the addition of an entrance vestibule with a classical style. The facade of the monastery shows the modules interspersed between the Renaissance and Baroque styles consist of many statues, obelisks, friezes and flames. It consists of three tiers marked by paired Corinthian pilasters that divide the various niches containing effigies of saints and bishops.