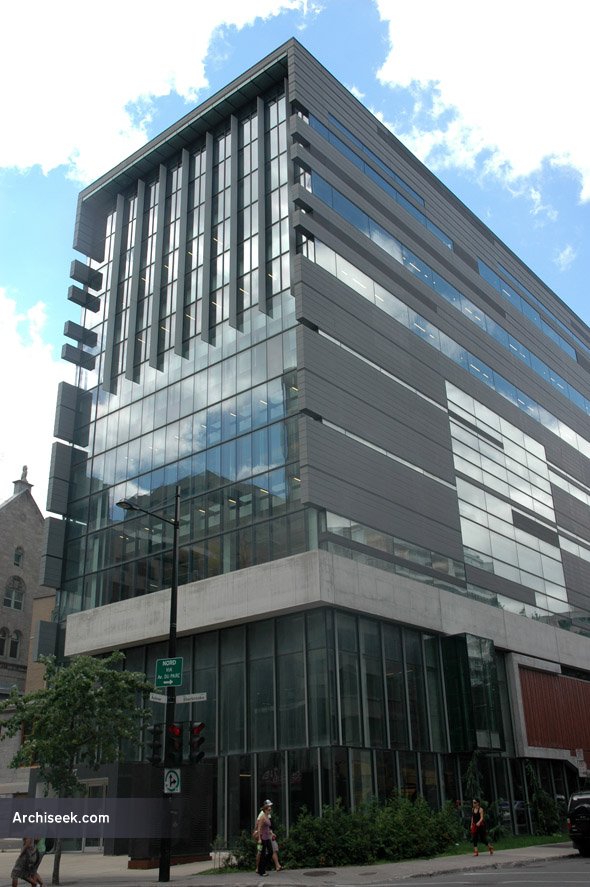 Designed by Saucier & Perrotte Architectes, Gilles Saucier, the man behind the concept, emphasizes, “McGill was very brave in devoting the site to the music school when they could easily have chosen to erect a profitable office building instead. The importance of art in university life is made wonderfully clear as you approach from the east – it’s the first building you see, and it imposes itself proudly against Sherbrooke Street, so it works like a keystone for the whole campus structure. In terms of urban planning, we see it as a gateway from one world to another, with music leading the way.” Although inspired by the musical theme of the project, the designers tried to avoid any obvious references to music. He says that they “suggest the influence of music, with the building formed along a rectilinear plan for both the interior and the facade, but a more lyrical sense of movement in the staircase that slopes through the interior and finishes with a curl at the library. Just as a melodic phrase advances through the regular tempo of a bar, we can see it as a lyrical flourish inside a fairly linear system.”