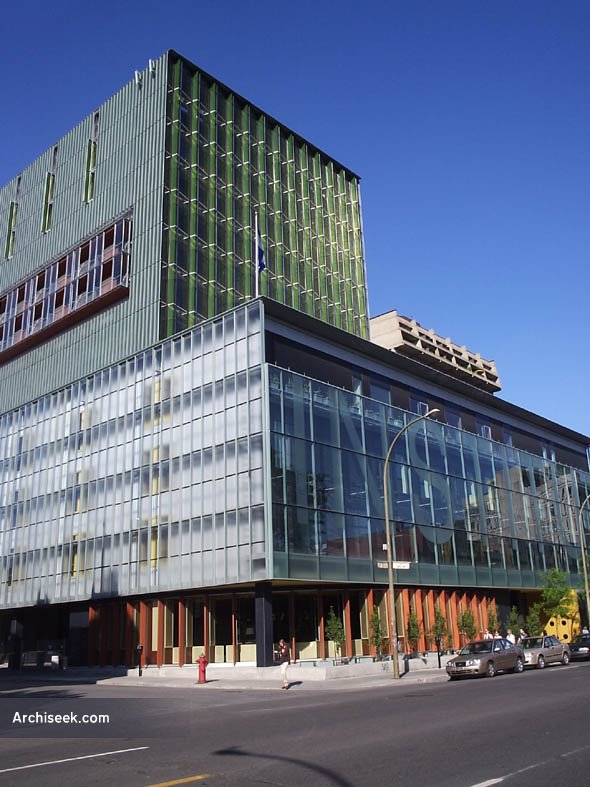 The Institut de tourisme et d’hôtellerie du Québec (ITHQ), a much-maligned Montreal landmark, has often been cited as the worst example of the architectural legacy of the seventies. The ITHQ renewal project involved bringing the building up to operational and technical standards, and updating its envelope, systems and student-service facilities. The key to changing public perception of the building was to give it a “second skin.” The result is a building reborn: what was once pallid, gray and impenetrable is now colourful, luminous and limpid, a change that mirrors the new life the ITHQ has brought to Quebec’s hospitality industry.