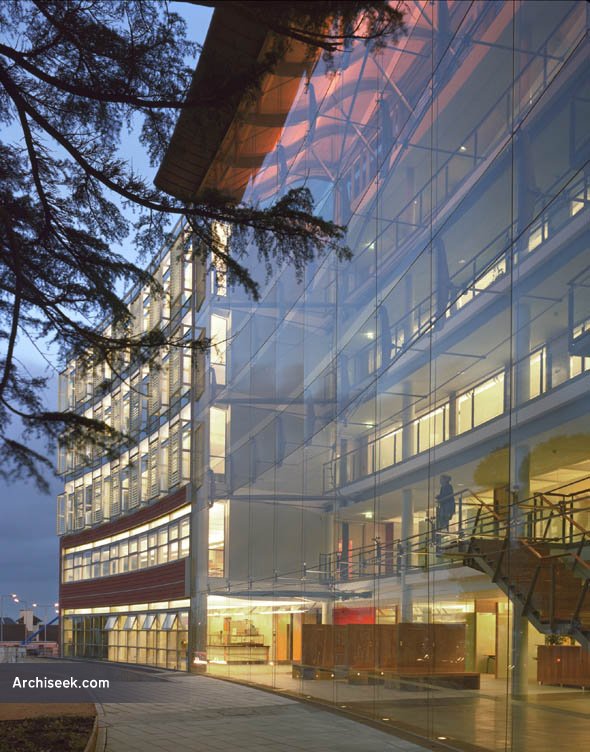 A new county hall for Fingal County Council in Swords. A symbol of the client’s desire for openness in local government, clear in it’s relationship to the particularities of its site and providing a quality environment, on low energy principles, for both occupants and visitors. The major emphasis was the minimisation of adverse environmental impacts, balancing embodied energy and day-to-day energy consumption, and reducing wastage.

The architects, Bucholz-McEvoy, had replied to the urban context by curving their building to define one side of an oval park, embracing at its centre a 150-year-old Himalayan Cedar. The entrance atrium is situated in the centre of this curved building. The curved glass screen is 32m long and 18m high.The architects chose to interpret literally the clients request for a building expressing a transparency in local administration. The rear wall of the shallow atrium consists of a series of balconies contain the meeting rooms and counters where the public encounters the administration.