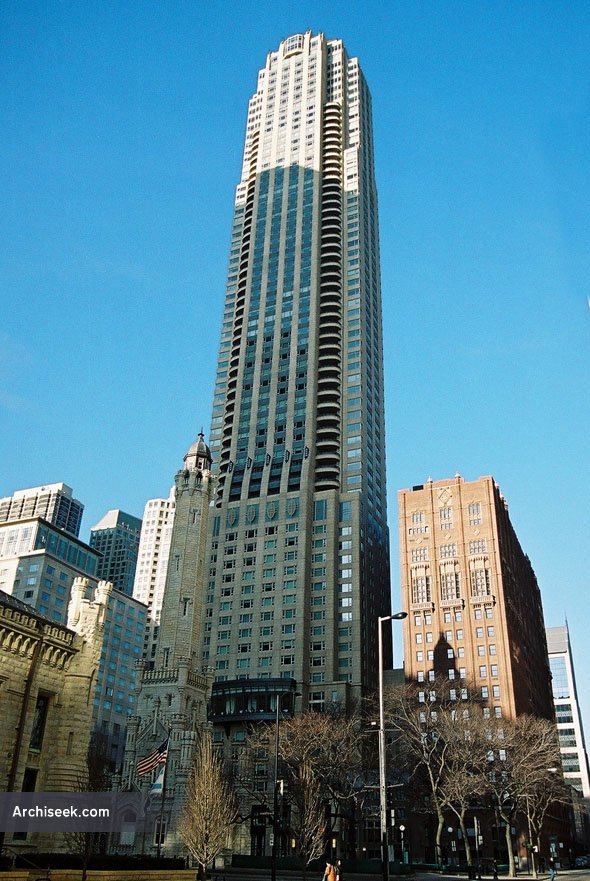 The development included the 1917 Perkins Fellows & Hamilton Studios, a 3-story official landmark north of the tower. Its ornate gothic façade, with a sculpture by Emil R. Settler, was preserved while the remainder was demolished. The lower section is occupied by a Park Hyatt Hotel, and the upper floors are luxury condominiums. Sixty-seven floors in total.