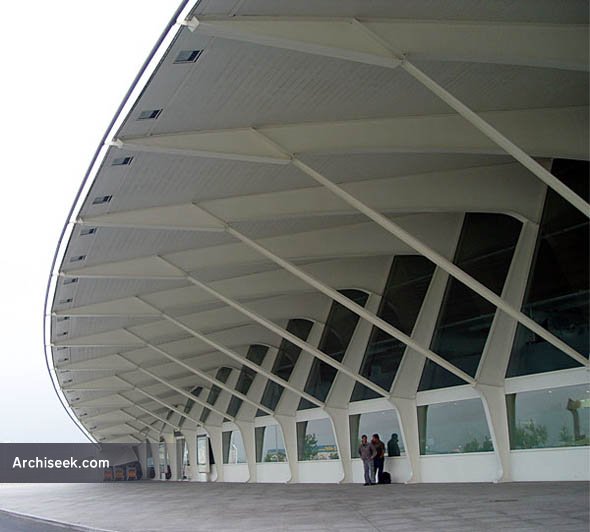 Opened in 2000, the terminal has a sleek design, with two symmetrical “wings” and a sharp tip at its center which is specially visible when approaching the terminal from the sides. This original design has granted the building the nickname of “La Paloma” (“The Dove”). White concrete and glass have been used. The interiors are open and luminous spaces, distributed in two floors, the upper one for departures (check-in counters and gates) and the lower for arrivals. There has been some criticism of the design by Aena, the Spanish airport authority, because it seems difficult to make further enlargements in the terminal’s capacity because the design does not allow for it.