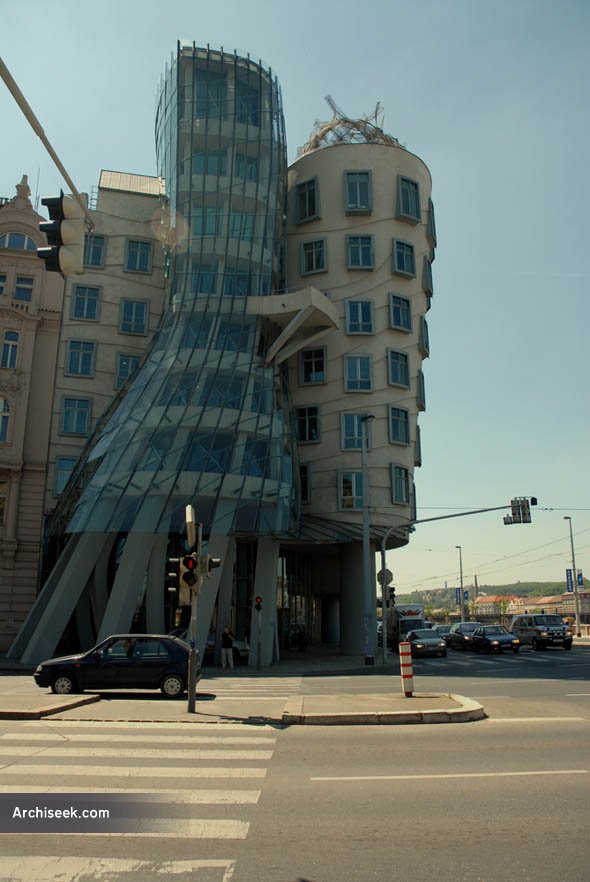 The site of Gehry’s Dancing House was originally occupied by a 19th century townhouse, destroyed during bombing in 1945. After the ruins were demolished in 1960, the site lay dormant. It was eventually taken over by Dutch bank ING who invited Jean Nouvel, but who rejected the invitation because of the small size of the site. Frank Gehry was then invited to design an icon for Prague. The building is an example of deconstructivist architecture, with an unusual shape, reflecting a woman and man (Ginger Rogers and Fred Astair) dancing together. In 2005 the Czech National Bank issued a gold coin with the motif of the Dancing House, as the final coin of the series “10 Centuries of Architecture.”