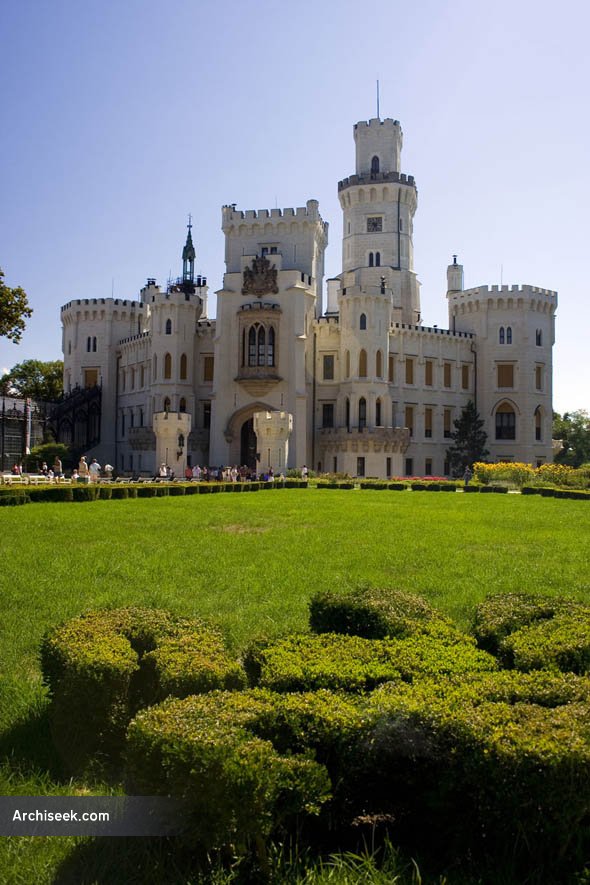 Originally there was a medieval fortress on the site, but over the centuries, various owners reconstructed the castle in the fashionable style of the day. In the latter half of the 19th century Prince Jan Adolf II and his wife Eleonora ordered another reconstruction, this time in the Romantic style. They invited a Viennese architect Franz Beer to take charge of the rebuilding project. In 1840 the demolition of the castle proceeded from the back wing towards the entrance gate and, in the course of time, its Baroque style gradually changed into the picturesque style of Tudor Gothic.

Another architect, Ferdinand Deworetsky, also played a prominent role in the castle’s reconstruction when he took control of the work after Beer’s death. The reconstruction was completed in 1871. Although the Schwarzenbergs never lived in Hluboká permanently, they maintained it with great care. In 1939 the last owner of Hluboká, Prince Adolf Schwarzenberg, left for Italy to escape the Nazis and subsequently moved to the United States. In 1947, became the property of the then Czechoslovak Republic.