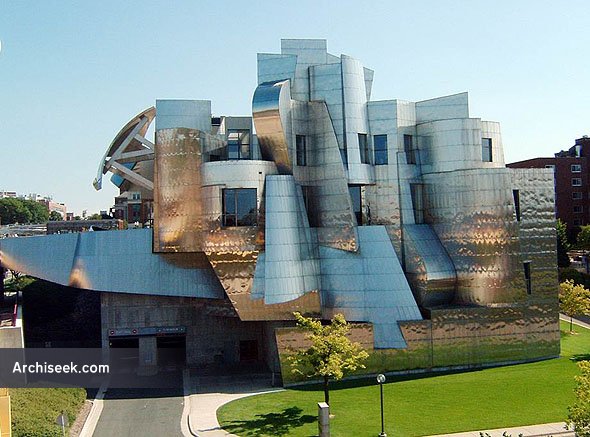 This was Gehry’s first major project to feature his now trademark organic stainless steel facade, celebrated with great acclaim in the Guggenheim Bilbao Museoa in Bilbao and the Walt Disney Concert Hall in Los Angeles. In response to the university context, “red” brick with buttered joints is the primary exterior finish for the gallery volume and the parking ramp. However, the north elevation along the pedestrian bridge, the projecting museum lobby, and the entire west elevation are finished in stainless steel, identifying them as distinctive elements from the rest of the architectural ensemble.

The architects were recognized with a Progressive Architecture Award in 1992 and an Honor Award from the California Chapter of the American Institute of Architects in 1994. The museum was founded in 1934 as the teaching museum for the University of Minnesota, and is named after Frederick R. Weisman, a noted Minneapolis philanthropist.