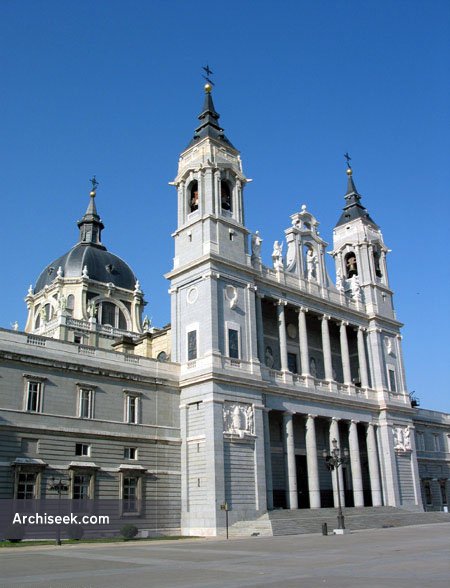 Carlos V was the first king to express an interest in constructing a cathedral in Madrid, but it wasn’t until 1883, when Alfonso XII laid the first stone, that work actually begun. Of the original plans drawn up by Francisco de Cubas, only the crypt was completed by 1911. In 1920 the architect Juan Moya was put in charge of the project and he worked on the cathedral until the start of the Civil War. In 1944 after discussion on the original Gothic design, a competition was held and Fernando Chueca Goitia and Carlos Sidro won it – they chose a classical style which was more in keeping with the Royal Palace nearby. While work would continue until 1999, the Almudena Cathedral was officially declared complete in 1993.