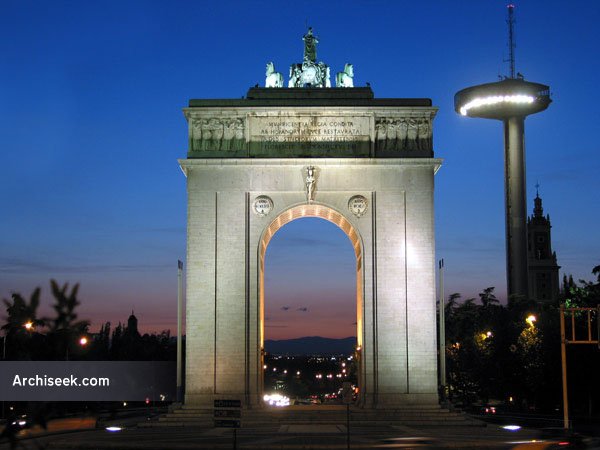 The Arco de la Victoria (Arc of Triumph) is the work of architect Arregui and was erected in 1956 to honor the Spanish Army. It was built under the dictatorship of Francisco Franco to celebrate his (and the Nationalist’s) victory over the republicans in the Spanish civil war. The Latin “ANNO MCMXXXVII” on the arc translates to “Year 1937”, one year into the Spanish civil war (1936-39) which was considered the 2nd victorious year of Franco’s Nationalists.