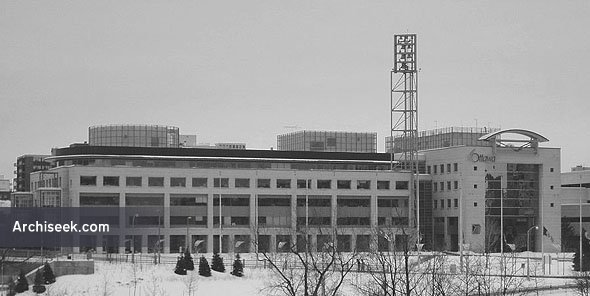 Built in 1990 as the headquarters of the former Regional Municipality of Ottawa-Carleton, it was chosen as the new City Hall upon the amalgamation of the Region and its constituent muncipalities in 2001, largely due to its central location. The architecturally acclaimed Old Ottawa City Hall, located to the east of downtown, was subsequently sold to the federal government.