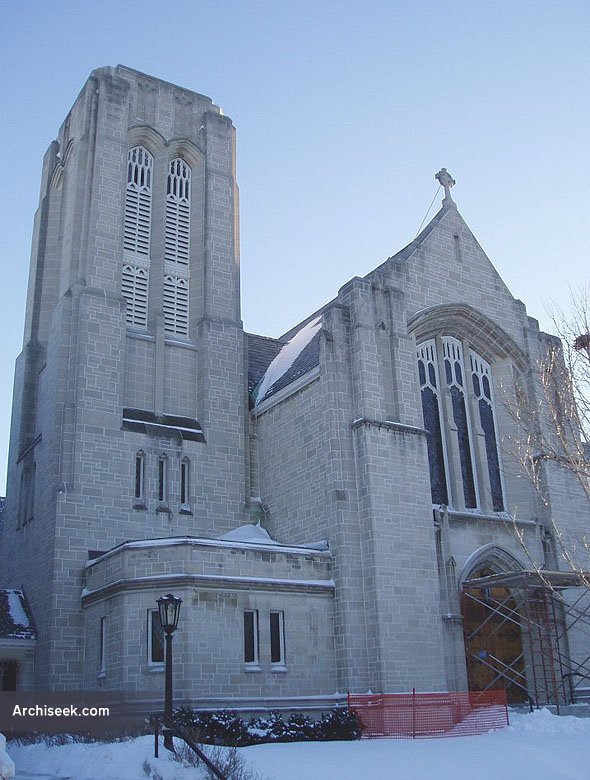 The original building was a wooden structure designed by noted architect John W.H. Watts. After several additions this structure proved too small and in the late 1920s a fundraising effort to build the new church was launched. Work on a new church costing some $350,000 dollars began at the end of that decade in an austere stripped-down style reminiscent of some of the Anglo-Norman churches in England.