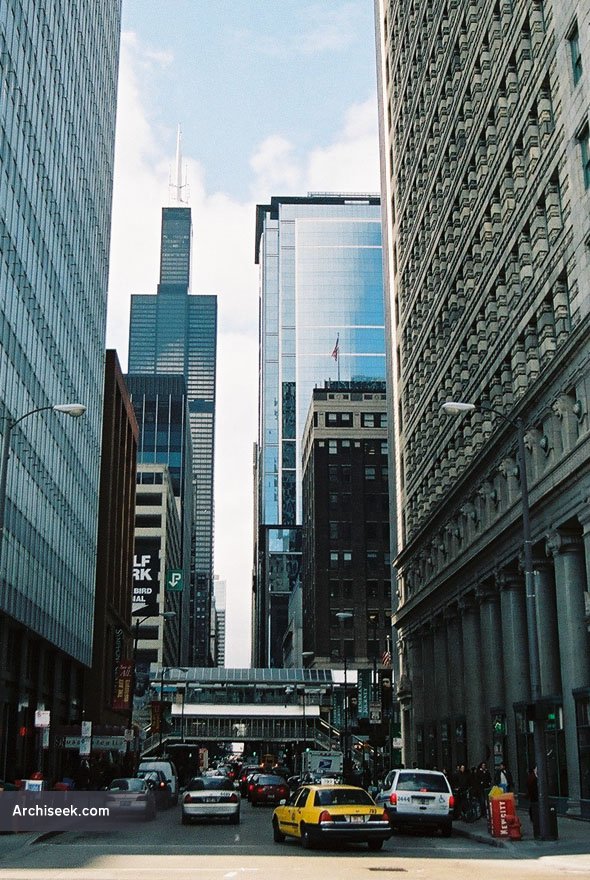 Willis Tower, formerly named Sears Tower, is at 1450 feet and 110 stories, the tallest building in the United States. Once the world’s tallest building, and still has the highest occupied floor level in the world. At 4.4 million square feet, it is second in office space area only to the Pentagon. The plan consists of a square bundle of 9 square tubes, each 75 feet on a side. All nine tubes reach up through the 49th floor, where three terminate. Two more opposite corner tubes terminate at a slightly higher floor, two more end with the 91st floor, and two tubes extend to the full height. A system of double-deck express elevators provides effective vertical transportation, carrying passengers to either of two skylobbies where transfer to single local elevators serving individual floors occurs.