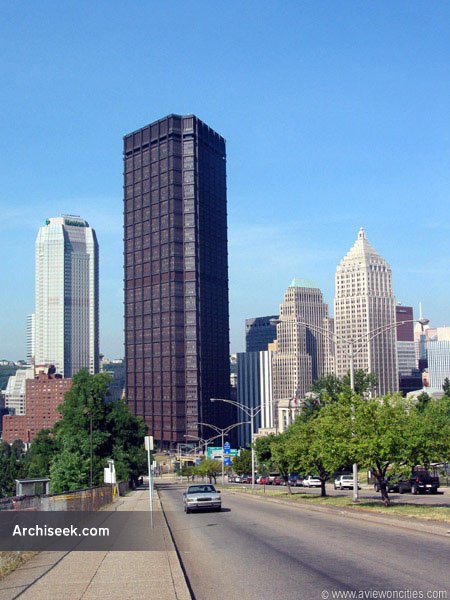 In the initial planning stages, the U.S. Steel Corporation seriously considered making this development the world’s tallest building as an endorsement of their industry. When completed in 1970 Pittsburgh’s tallest tower was the world’s highest outside of New York and Chicago. It was called the U.S. Steel Building for many years before it was changed to USX Tower. Today it is officially U.S. Steel Tower.