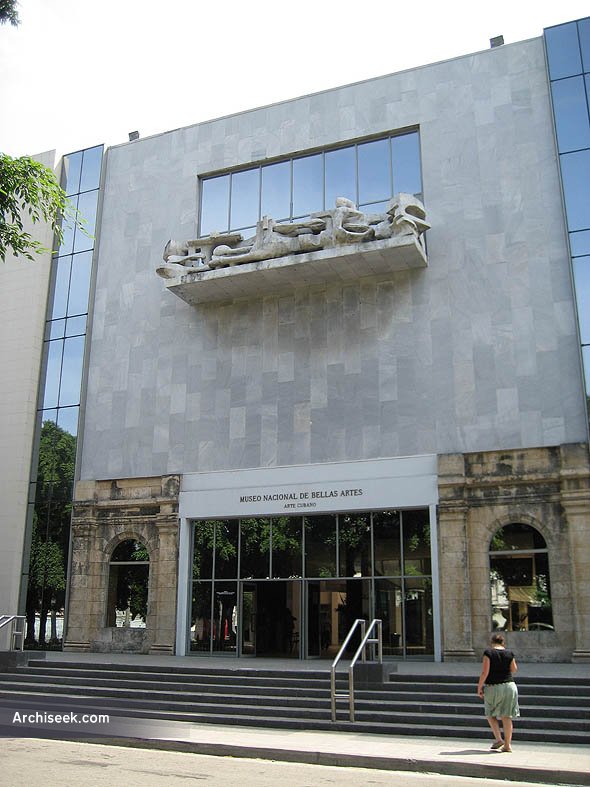 The modern Bellas Artes Museum is split into two buildings housing International and Cuban art. The Colección de Arte Universal covers everything from ancient Greek artefacts and Latin American pieces to art by French, Dutch and Italian painters. The Colección de Arte Cubano is also outstanding and covers works from the 16th to the 20th centuries by prominent Cuban artists.

It was founded on February 23, 1913 due to the efforts of its first director, Emilio Heredia, a well-known architect. In 1954, a new Palacio of Bellas Artes was opened, designed by the architect Rodriguez Pichardo. The original 1954 Palacio was recently reconstructed by the architect Jose Linares and a second building was taken over for the Museum.