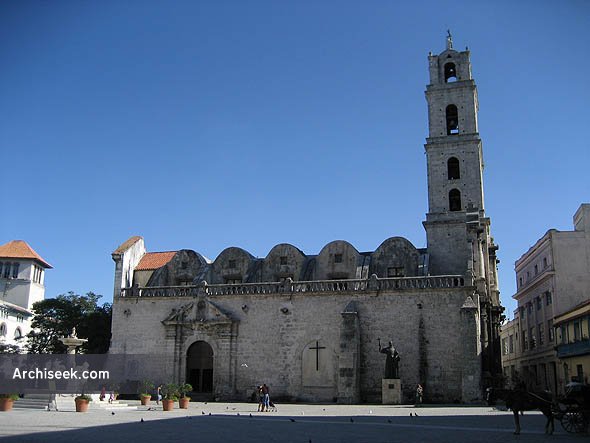 The basilica and the monastery of San Francisco de Asis (Saint Francis of Assisi) were built in Havana, Cuba at the end of the sixteenth century (1580-91) as the home of the Franciscan community, and were reconstrucred in the baroque style in 1730.

The church was used for their worship by the English during the year in which they ruled Havana. When Havana returned to Spanish rule, they chose not to use it as a church. It is now used for concerts. Attached to the Basilica is a bell tower, 130 foot tall. Originally a statue of St. Francis of Assisi stood atop the tower but it was destroyed by a cyclone in 1846.