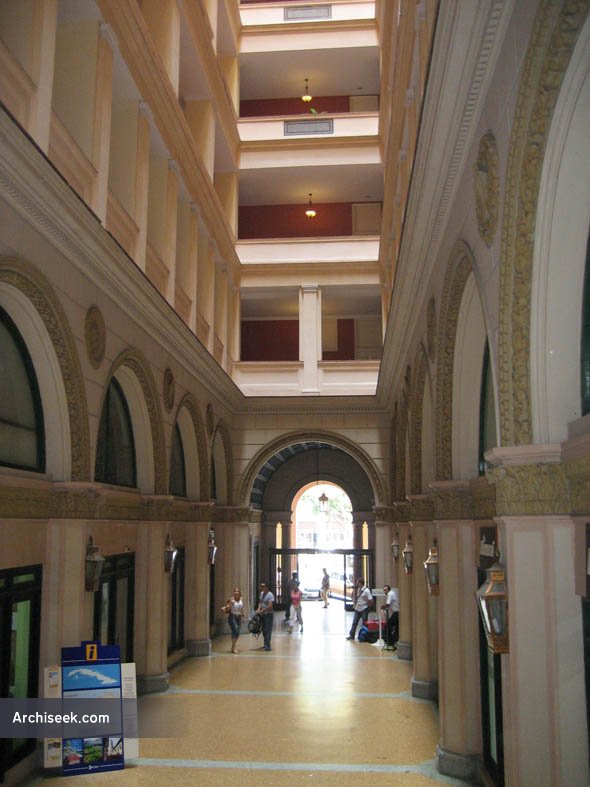 When it opened its doors on March 22, 1908, it quickly became HavanaÂ´s leading turn-of-the-century luxury hotel. From the elaborate façade to the lovely Patio Sevillano (Sevillian Yard), it recreates an authentically Spanish atmosphere, whose architectural and decorative elements show a market Mudéjar (Spanish Arab) influence. The hotel was actually built in two stages, and all of the current rooms are in the newer Biltmore addition, which dates from the 1920s. The original 1908 Grand Sevilla operates as a hotel training school, although the original ornate Moorish-influenced lobby area is still in use and quite impressive.