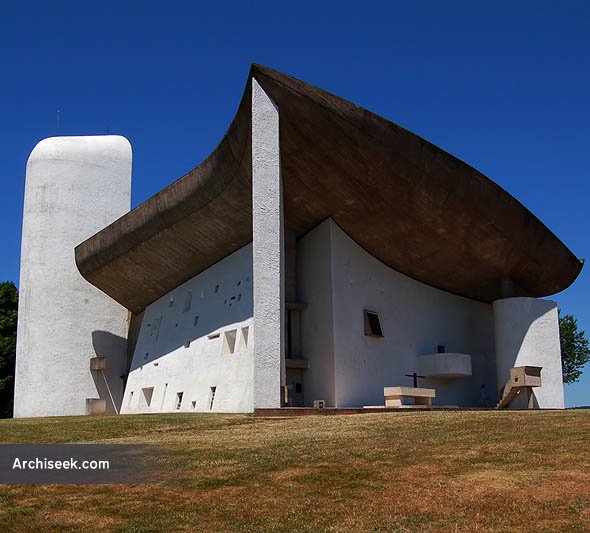 This is a singular work in Le Corbusier’s oeuvre in that it departs from his principles of standardisation and the machine aesthetic, giving in instead to a site-specific response. By Le Corbusier’s own admission, it was the site that provided an irresistible genius loci for the response, with the horizon visible on all four sides of the hill and its historical legacy for centuries as a place of worship. The building itself is a comparatively small structure enclosed by thick walls, with the upturned roof supported on columns embedded within the walls. In the interior, the spaces left between the wall and roof, as well as asymmetric light from the wall openings serve to further reinforce the sacral nature of the space and buttress the relationship of the building with its surroundings.