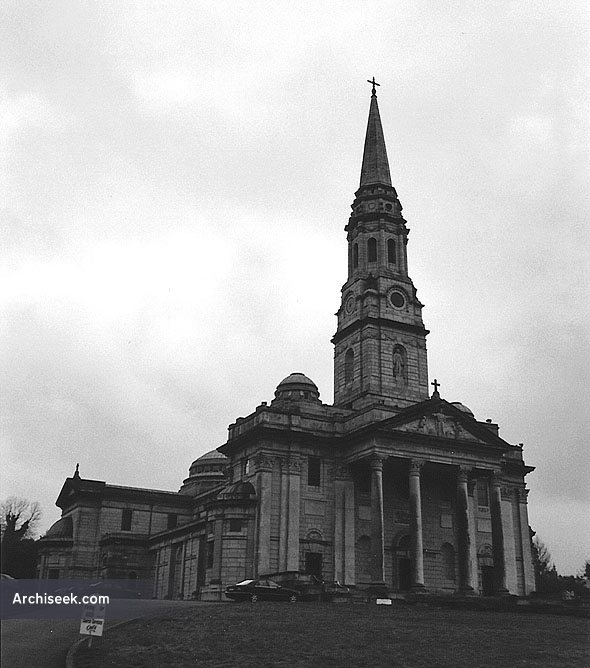 The original Cathedral of the diocese of Kilmore was situated about four miles south of Cavan town in the present parish of Kilmore. Some time in the 6th century St Felim established a church there. It was rebuilt in th middle of the fifteenth century as a cathedral. During the reformation it was confiscated.

This cathedral was built between the years 1938 and 1942, and was one of the last of the huge Roman Catholic cathedrals built in Ireland from the 1850s onwards. Unlike most Irish cathedrals, it is neo-classical in style with a single spire rising to 230 feet. The portico consists of a tympanum supported by four massive columns of Portland stone with Corinthian caps. The tympanum figures of Christ, St Patrick and St Felim were executed by the Dublin sculptor, Edward Smith.

The interior is vast and quite gloomy. The twenty eight columns in the Cathedral, the pulpit on the south side and all the statues are of Pavinazetto marble and came from the firm of Dinelli Figli of Pietrasanta in Italy. The interior seems unfinished, the chapels to the northern side are finished in better materials than those on the southern, suggesting a budgetry problem. Unusually it still has its altar rails intact.