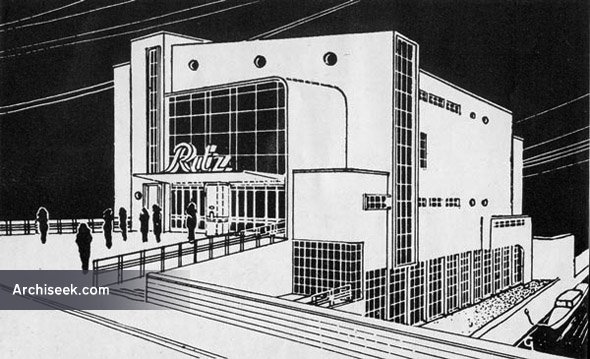 The original perspective drawings for the Ritz Cinema, include large areas of glazing on the facade as well as between the pilotis on the side elevation, where a riverside restaurant was to be sited. Most of this was never completed as the budget did not allow it to be fitted to the finished building. The interior was dominated by a double height public space lit by a large expanse of glass on the front facade. Built 1939, demolished late 1990s.