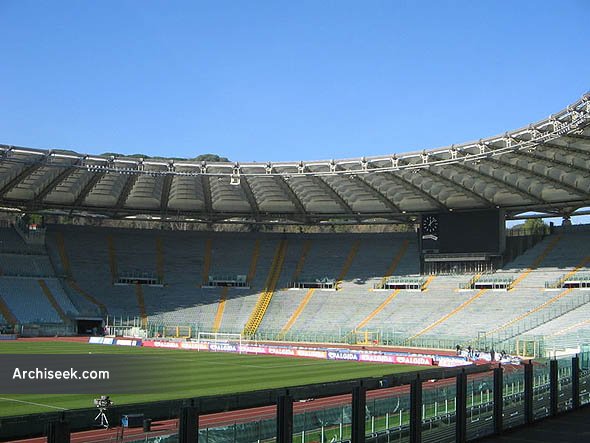 Stadio Olimpico is the is the home of both A.S. Roma and S.S. Lazio, as well as of the Italian national football team. It was built in 1936, has a capacity of 82,000, and was the site of the 1960 Summer Olympics, but has also served as the location of the 1987 World Athletics Championships and the 1990 FIFA World Cup.