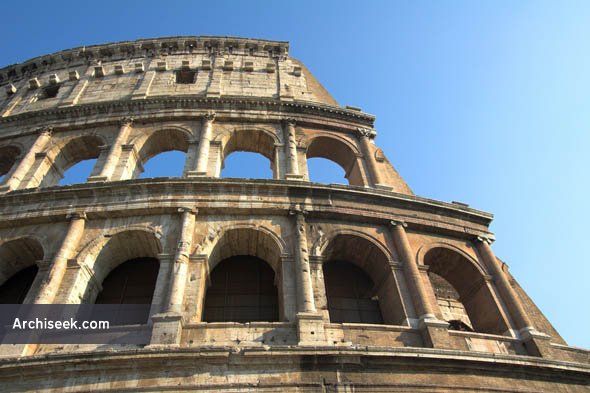 The Colosseum or Coliseum, originally the Flavian Amphitheatre, is an eliptical amphitheatre in the centre of the city of Rome, Italy, the largest ever built in the Roman Empire. Construction started between 70 and 72 AD under the emperor Vespasian and was completed in 80 AD under Titus, with further modifications being made during Domitian’s reign. Originally capable of seating around 50,000 spectators, the Colosseum was used for gladiatorial contests and public spectacles. It remained in use for nearly 500 years with the last recorded games being held there as late as the 6th century.