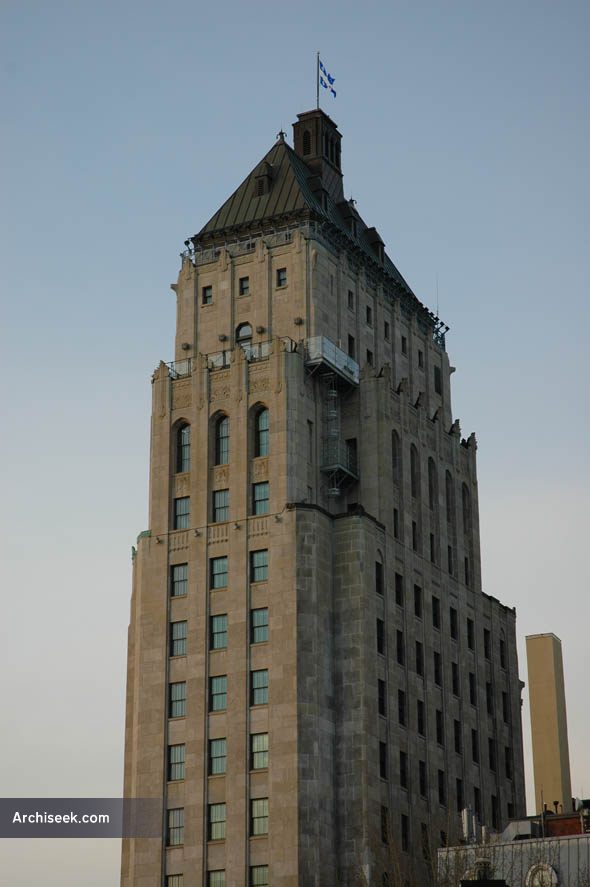 Built in 1930-1931 amid controversy for Price Brothers Ltd., it is the tallest building in the Old Quebec historical district, and one of the oldest skyscrapers in Canada. The building is the property of the Quebec City administration, but leased to and used by the Caisse de dépôt et placement du Québec. A memorial is attached to the building. In 2001, it became the location of an official residence for the Premier of Quebec.

Édifice Price was constructed in the art deco style of the time, as was the neighbouring Clarendon Hotel, whose extension was completed a few years earlier. Geometric motifs are carved in the Price Building’s stone cladding, especially on the first few levels. The building is topped by a Château-esque, steepled copper roof, the final composition showing Beaux-Arts influences. The main exterior decorative themes are pilasters topped with palm motifs, pinnacles and a large vaulted arch with extrados over the main entrance.

At ground level and inside the entrance halls, bas-reliefs depict the origins of the Price company. During the 1920s John M. Lyle, an influential architect of the Beaux-arts school, was developing a uniquely Canadian fusion of French and English colonial styles, and his ideas were applied by designers Ross and Macdonald to the construction of the Price Building.