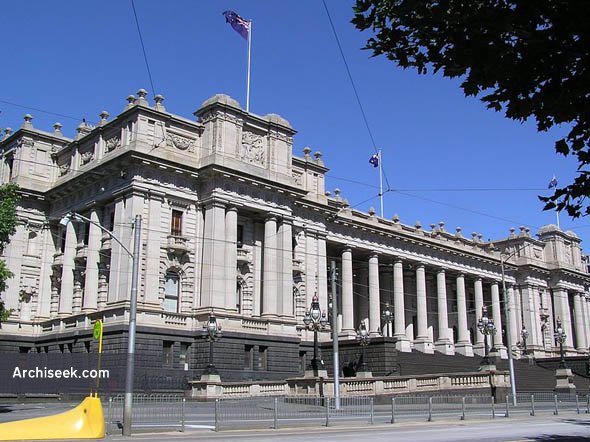 In the early 1850s a competition was held for a design for the building, but all the entries were rejected and the government architect, Charles Pasley, came up with a design of his own. The design was later modified by another architect, Peter Kerr of Knight & Kerr.

Despite its protracted construction and the inevitable evolution of the design, the building today feels very much a single entity. The flow of the rooms, particularly taken in context with the main facade leading to the Queen’s Hall and the Parliamentary chambers, is both logical and visually impressive.

Both Pasley and Kerr’s designs included plans for a dome, but these were abandoned when a sharp depression began in 1891, and the dome was never built. From time to time governments have expressed interest in completing the building by adding the dome, but have been deterred by the enormous cost.