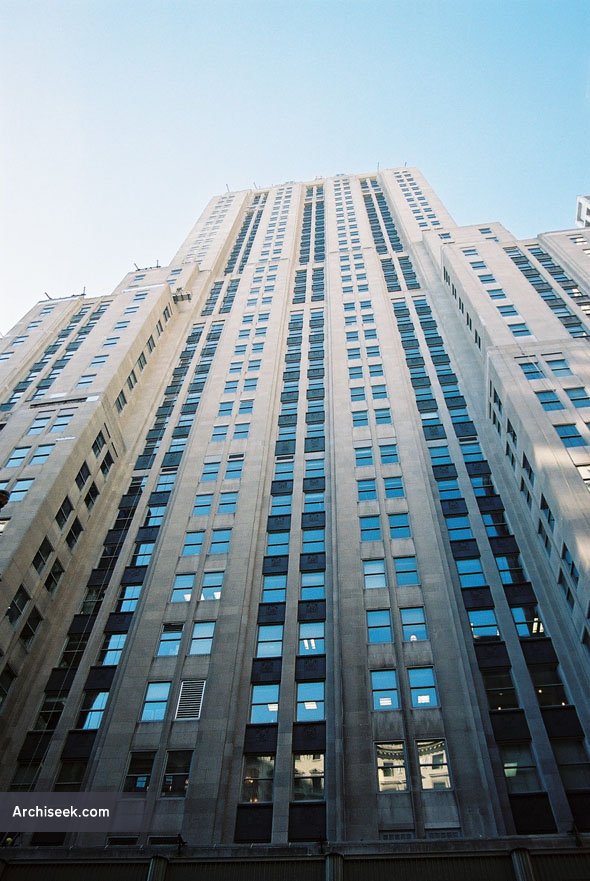 Built for one of the world’s leading soap manufacturers, this office building (“a monument to cleanliness”) was the first commercial skyscraper built far from the Loop – at the northern end of Michigan Avenue. It is one of the country’s premier Art Deco-style “set-back” skyscrapers, the design of which were influenced by municipal zoning laws and the dramatic renderings of New York architect Hugh Ferris. A navigational beacon operated atop the building from 1930-1981. It was known as the Playboy Building from 1965 to 1989, when it served as headquarters for Playboy magazine, complete with huge neon sign. The name “Playboy” was spelled out on both sides of the building in 9-foot illuminated letters.

The height includes a 97-foot tower which used to hold the Lindbergh Beacon. The beacon was turned off when taller buildings were built in the immediate neighborhood, so it would not shine into apartment windows. The Lindbergh Beacon at the top of the tower used to be one of Chicago’s most visible landmarks, and could be seen from airplanes 225 miles away.