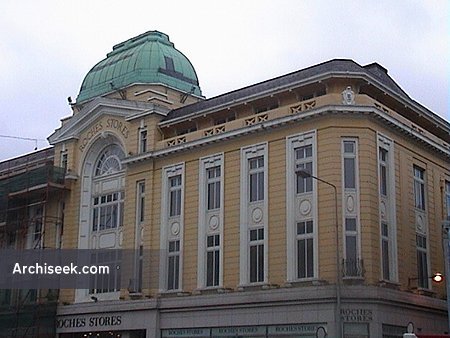 Replacing an earlier department store that was burned down in 1920 along with most of this part of St. Patrick’s Street. A distinctive design with the oddly shaped copper dome and rendered architectural details, it has been largely well maintained over the years. Constructed for Roche’s, and later taken over by Debenhams. Unfortunately PVC windows have been inserted into the upper storeys.