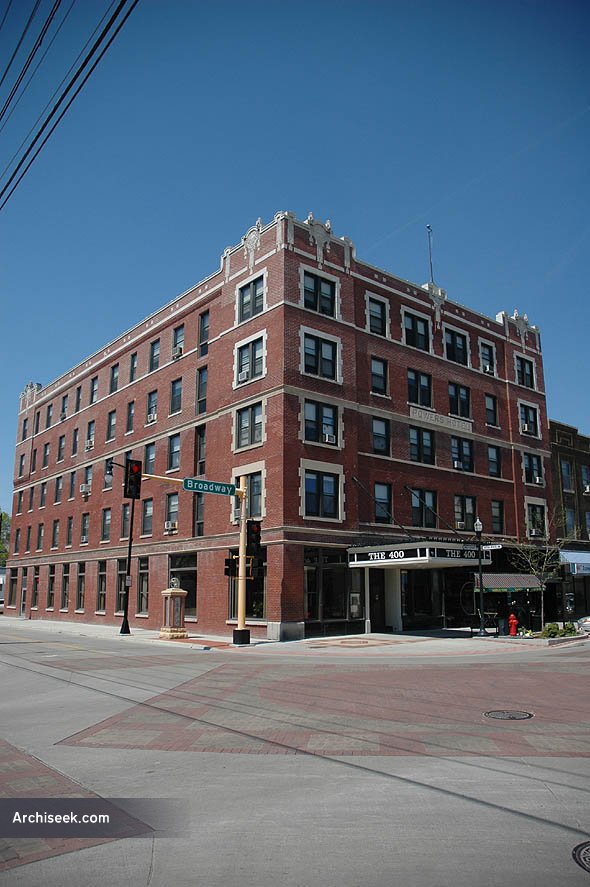 Built in two stages, the first three floors were completed in 1914-15, the top two were added later by 1919. With the extension, a more elaborate parapet was added to the hotel. It now provides a focal point to Broadway, with a substantial presence on an intersection.