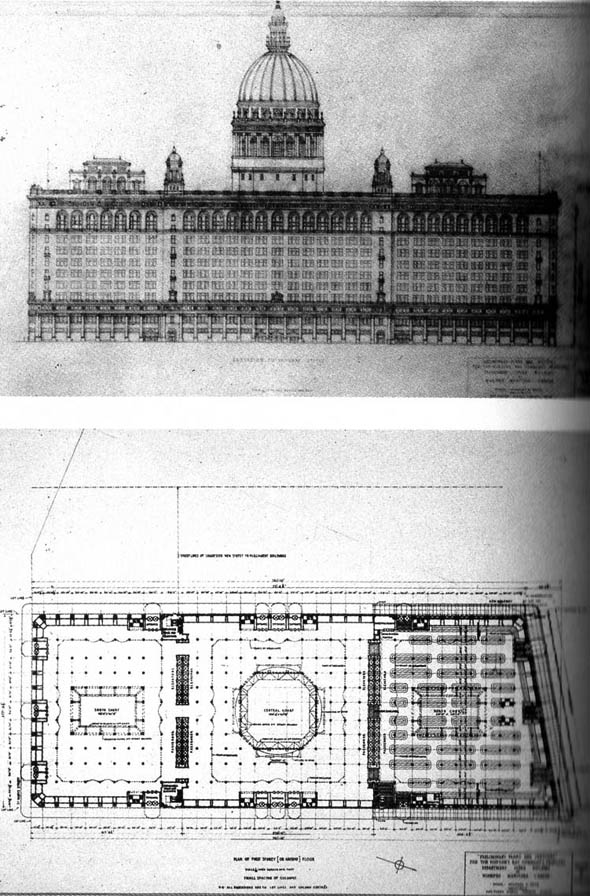 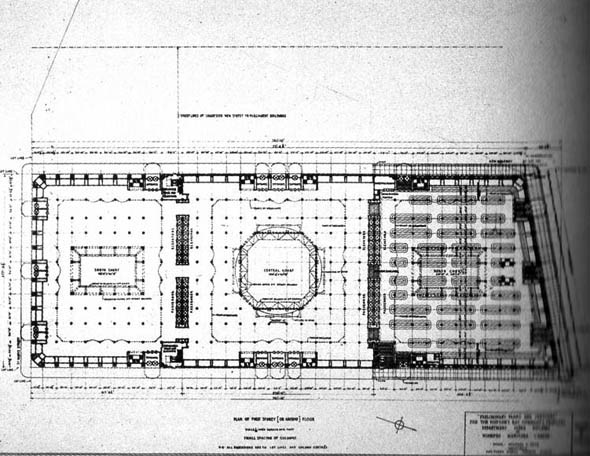 Unbuilt proposal for a massive department store for the Hudson’s Bay Company. Intended to be their flagship store, this would have been the largest building in the city and would have dwarfed the provincial legislature nearby. A smaller store was later constructed, although smaller in this case is relative, the constructed store being six massive floors over basement.