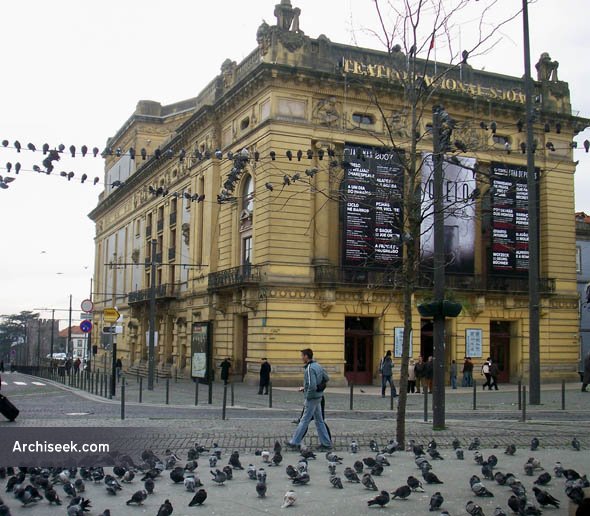 The first Sà£o Joà£o Theatre was destroyed by a fire in 1908. A rebuilding project started in 1911 under the direction of Porto architect José Marques da Silva. The inner concert hall is horseshoe-shaped and has a ceiling painted by artists José de Brito and Acácio Lino, while the entrance hall is decorated with sculptural work by Henrique Araújo Moreira, Diogo de Macedo and José Fernandes de Sousa Caldas. On the main façade, of sober design, there are four reliefs representing four feelings: Kindness, Pain, Hatred and Love, created by Diogo de Macedo and Sousa Caldas. The new theatre was finished in 1918. Initially, the theatre was dedicated to opera and theatre, but after 1932 it was turned into a cinema. Only in 1992, when it was bought by the Portuguese government, was the theatre completely restored to its former glory and renamed Sà£o Joà£o National Theatre.