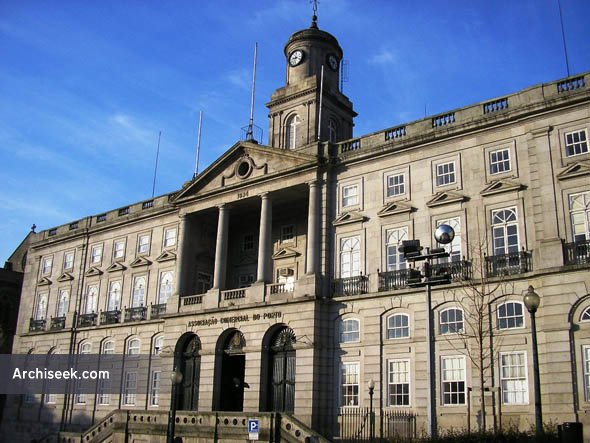 The Palácio da Bolsa, Stock Exchange Palace, was built in the 19th century by the city’s Commercial Association in the Neoclassical style. The Palácio da Bolsa is located beside the St Francis Church of Oporto, which was once part of the St Francis Convent, founded in the 13th century. In 1832, during the Liberal Wars, a fire destroyed the cloisters of the convent, sparing the church. In 1841, Queen Mary II donated the convent ruins to the merchants of the city, who decided to use the spot to build the seat of the Commercial Association.

Building work began in 1842 following the plans of Porto architect Joaquim da Costa Lima Júnior, who designed a Neoclassical palace of Palladian influence, inspired by previous structures built in the city. The general structure of the Palácio was completed by 1850, but several architectural details were later entrusted to architects Gustavo Adolfo Gonçalves e Sousa (author of the stairway and the Arab Room), Tomás Augusto Soler (metalic dome of the courtyard) and Joel da Silva Pereira (Tribunal Room), among others.