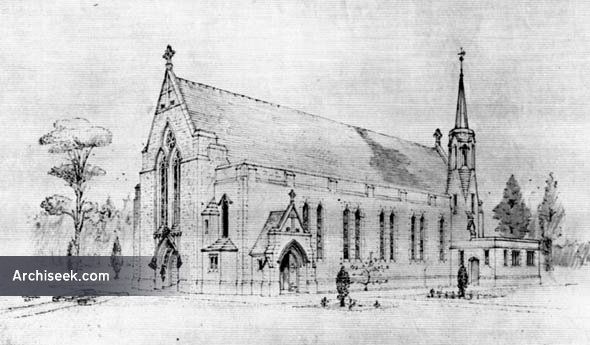 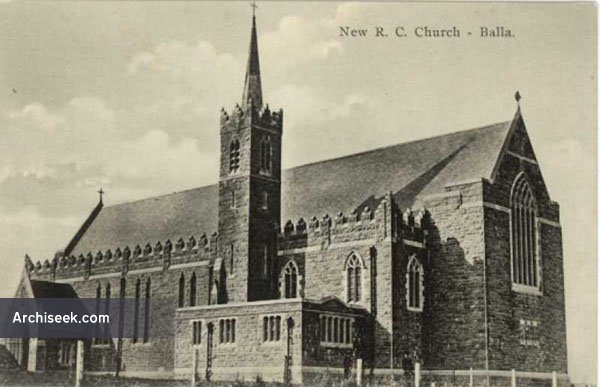 This church is considered as one of the best designed by R.M. Butler and was commissioned at the same time as his church in Newport which it resembles. The aisles of the church in Balla are flat, concealed by impressive Irish battlements. Despite being distinctly of the early 20th century, the building has many historical cues: the southern porch is based on the medieval doorway of Cong Abbey; the altar in the Lady Chapel is a copy of the altar in Holy Cross Abbey. In spite of this careful historicism the design of the church is of such simplified Gothic style that it could only have been built in the early 20th century. The stained glass windows are by Harry Clarke and The Clarke Studies and bear the inscription in Irish: “Ros Dairbhreach is ainm don Ait seo fe lathair – Ball Aluinn is feasta is go brath” – a quote attributed to St. Cronan.