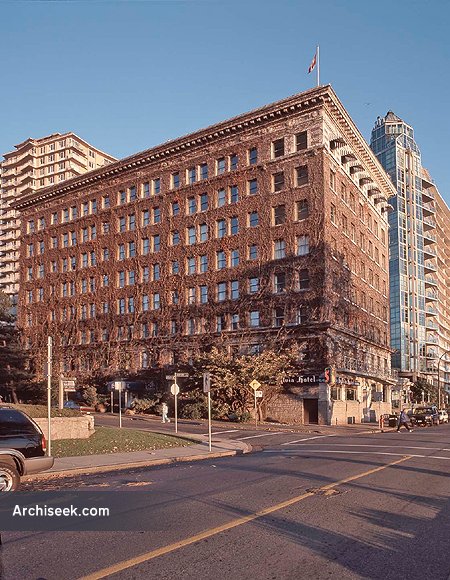 Originally built as an apartment block, the Sylvia Court, it was converted to an hotel during the Depression of the 1930’s. It was named after owner Abraham Goldstein’s 12-year-old daughter. The Sylvia Hotel was designated a Heritage Building in March 1976. The building has an excellent overhanging decorative cornice around the top.