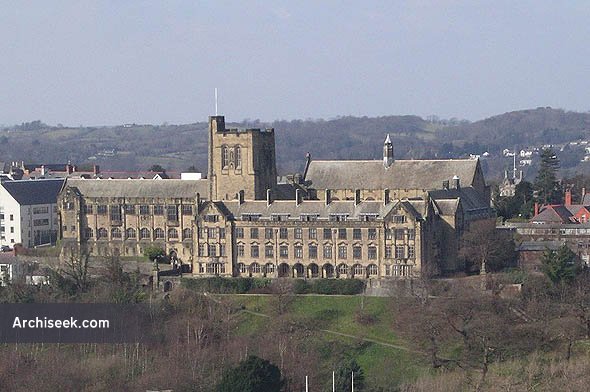 The university was founded as the University College of North Wales in October 1884 as the result of a campaign for better education in Wales, and was incorporated by charter a year later, in 1885. The university was originally based in an old coaching inn called the Penrhyn Arms (which housed its 58 students and 12 teaching staff), but in 1911 it moved to a much larger new building. Hare’s design incorporated sandstone from Cefn, near Ruabon, and slate from the Preselau, Pembrokeshire. The new buildings were officially opened on 14 July 1911 by the Prince of Wales, the day after his investiture at Caernarfon Castle.