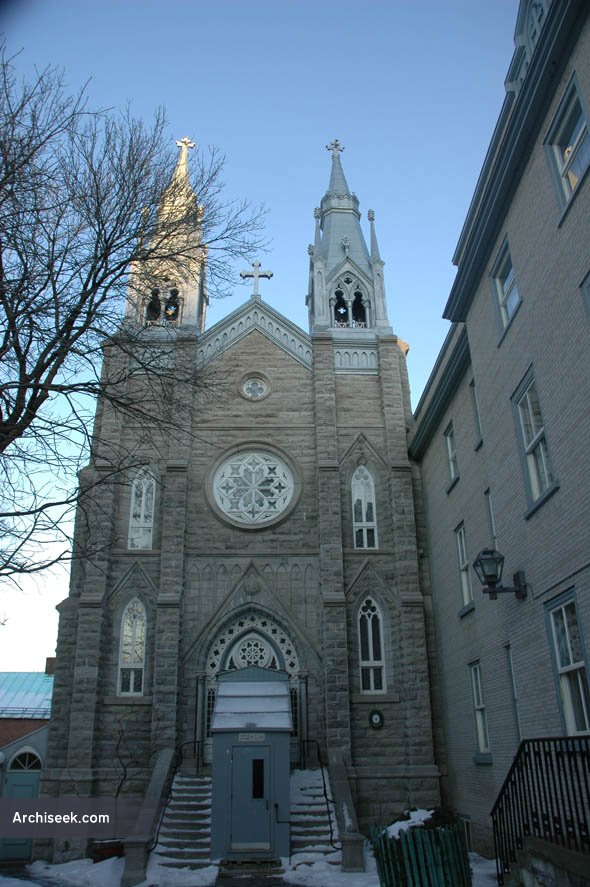 The construction of this shrine, which is located in Old Québec, began in 1909. On May 31, 1910 Monsignor Bégin, Archbishop of Québec, performed the official blessing of this new place of worship. Since it has opened its doors, this Catholic chapel has been lead by the Missionnaires du Sacré-Coeur. It was built following the architectural plans of François-Xavier-Berlinguet, and is a replica of the Notre-Dame du Sacré-Coeur chapel in Issoudun, France. The walls of the nave are covered with marble plaques which were given as ex-votos, objects giving witness to favours received.