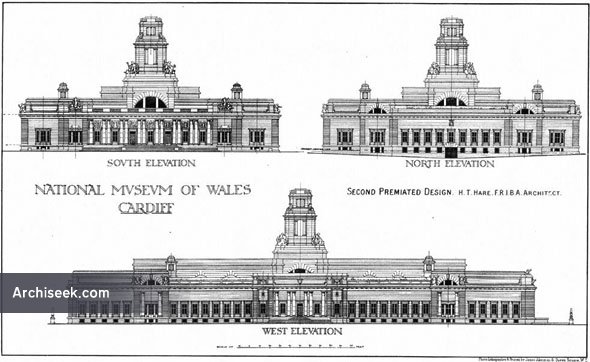 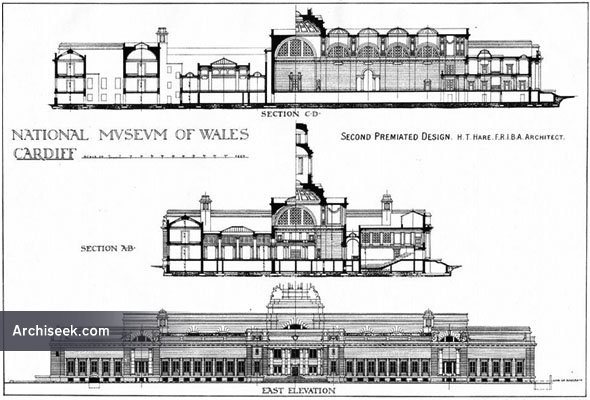 Unbuilt design proposal for a new National Museum and Library for Wales. Construction of a new building in the civic complex of Cathays Park began in 1912, but owing to the First World War it did not open to the public until 1922, with the official opening taking place in 1927. The successful architects were Smith & Brewer, although their design for the building was scaled back during construction.