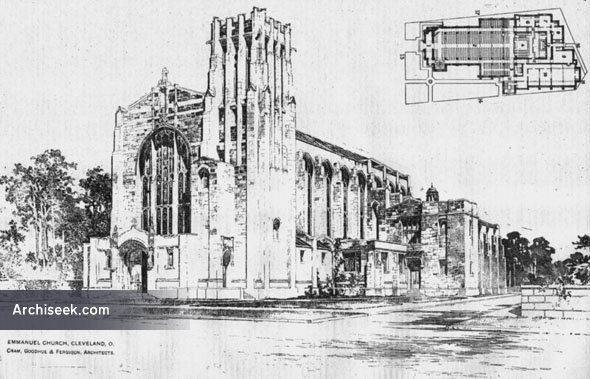 In 1900 the firm of Cram, Goodhue, & Ferguson designed a late Gothic Revival structure of stone, which was built as funds became available. The first section, 6 bays of the nave and a temporary chancel, was built in 1902. The remaining 2 bays and the interior were completed in 1904. A new brick and stone parish house replaced the older wooden one in 1924, but the tower of the original plan remained uncompleted. With the sale of adjoining property, the building debt was liquidated and the church consecrated in 1926.