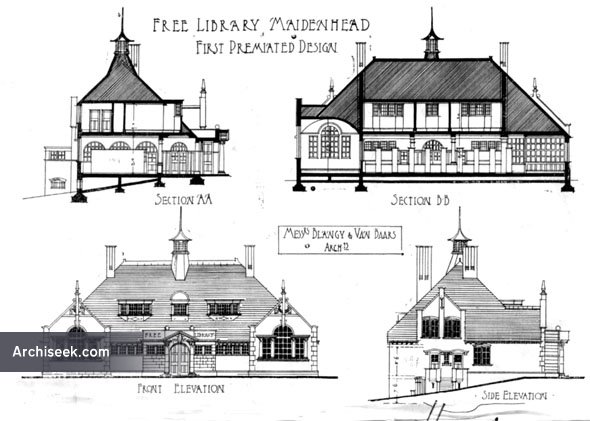 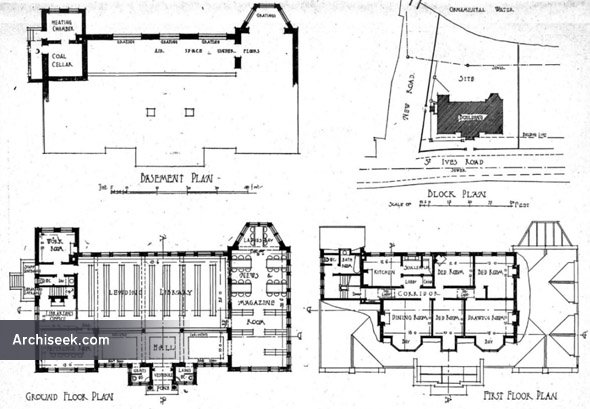 Elevations, section, plans & details published in The Building News, August 28th 1903. Described: “This design was awarded the first premium by Mr. Edward W. Mountford FRIBA, eighty-six designs being submitted. The amount to be expended was small (5,000 pounds), which was to include fittings, furniture, fees etc. The had to be taken into consideration when designing and to cut down cost, the librarian’s quarters were placed in the roof although none of the rooms would be attics. In cubing 10 1/2d. per foot was allowed for superstructure above ground floor , and 6d. per foot for basement and air-spaces making a total of 3,687, leaving 1,313 fittings, furniture, fencing, architects’ and surveyors’ fees. The council of the borough of Maidenhead, however, have decided to build from the second premiates design”.