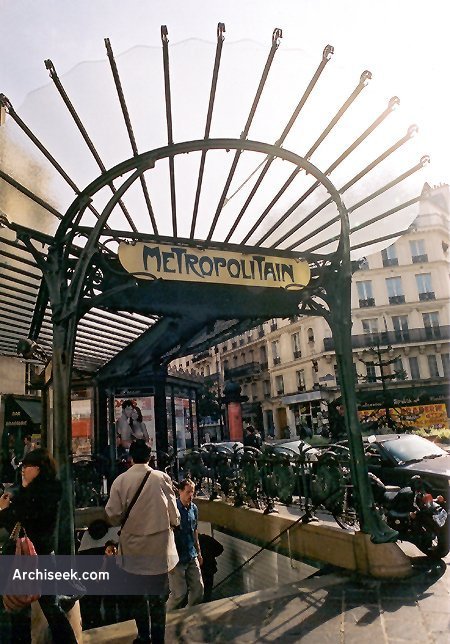 Although most have been modernised, some of Paris’s metro stations still retain their Art Nouveau inspired entrances. In 1899 there was a competition to design the entrances, but the President decided instead to select Hector Guimard whose work he admired. Guimard designed different versions in a similar stylistic language to cope with different demands. Some stations had glazed canopies and some had signage only. With a stylised Art Nouveau form, the lamps resemble long stemmed flowers. Unfortunately very few of these now remain, but those that do should be cherished.