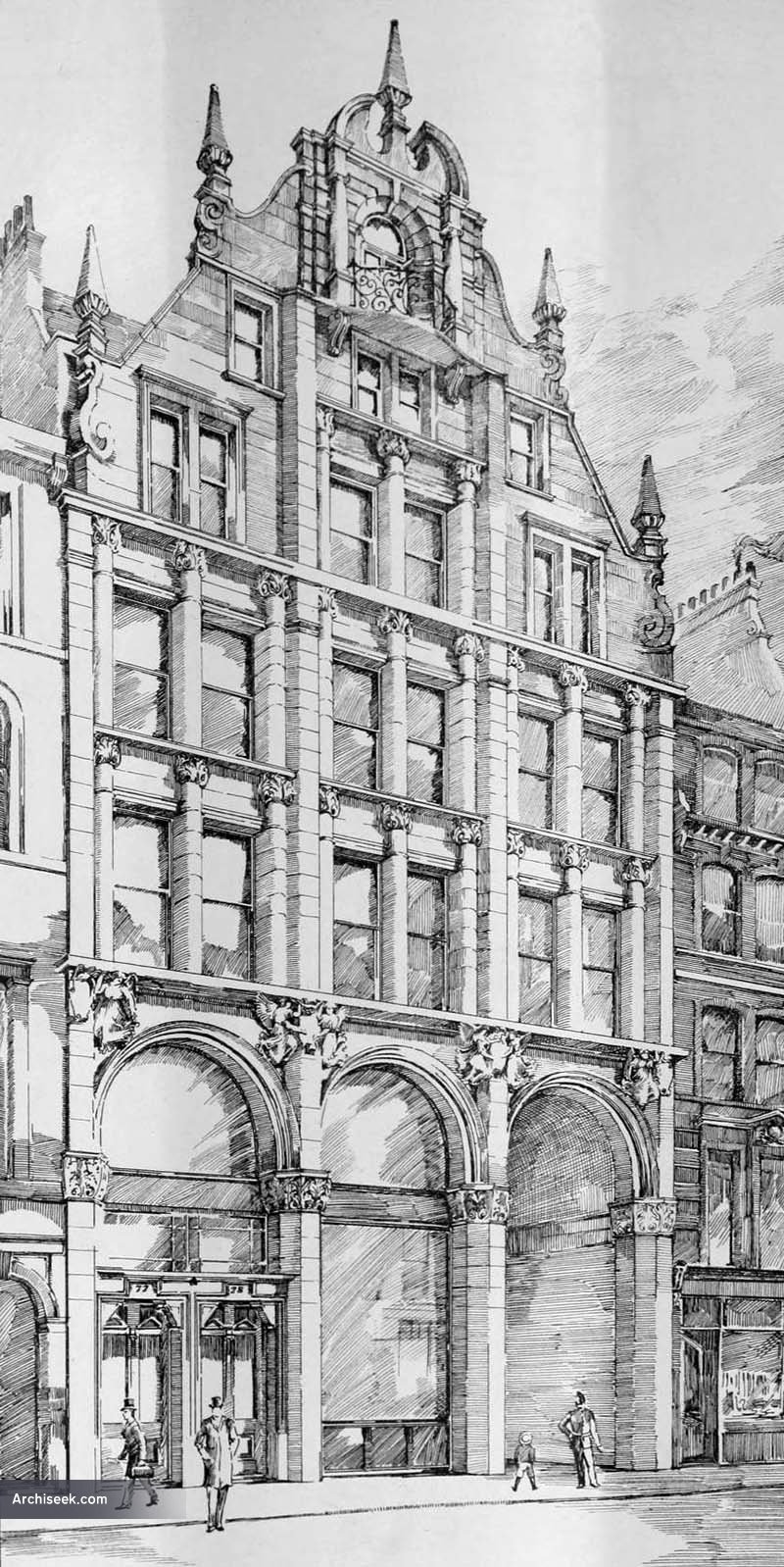 Now demolished. “This building, occupying an important frontage to Gracechurch-street, with return frontage to Ship Tavern-passage, has just been completed and occupied as offices. The site included the entrance to Leadenhall Market, through Ship tavern-passage, the old archway of which was pulled down, and the new entrance and archway leading to the market is now a portion of the new building. This to a certain extent, as will be seen, determined the design of the building. The building is of fireproof construction throughout, including the roof, which is covered in copper. All the floors are of ample heights, and well lighted to the open air on three sides, the front is in Portland stone, and some figure sculpture and carving has been well carried out by Mr. M. Lawlor. The building was erected by Messrs. Hall, Beddall, and Co., from the designs of Mr. Howard Chatfield Clarke. Owing to the restrictions of opposing neighbours, a slight variation had to be made in the upper story of the front.” Published in The Building News, August 18, 1899/