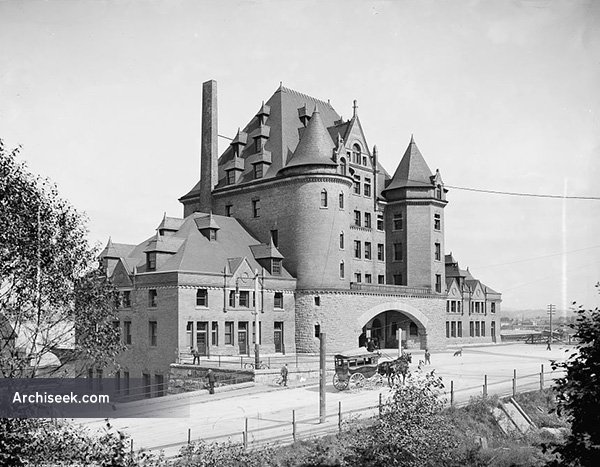 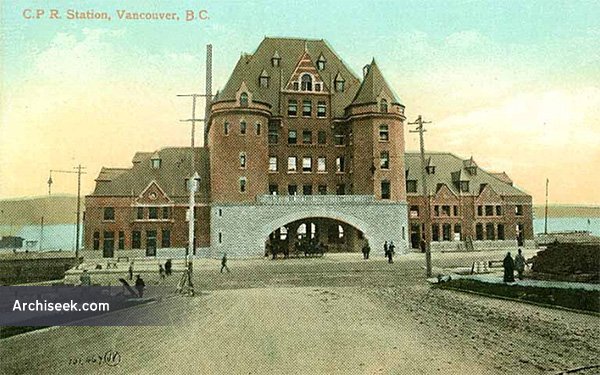 The second CPR station in Vancouver, and unlike the current classical-styled Waterfront Station was built in “railway gothic” like the CPR’s railway hotels. Sited on the waterfront on Cordova Street at the foot of Granville. Closed in 1914, when the third C.P.R. station was built.