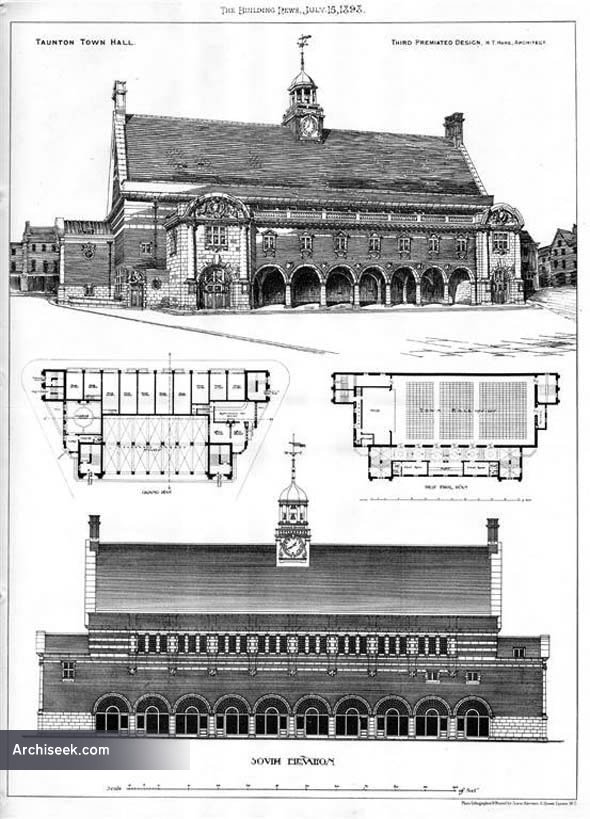 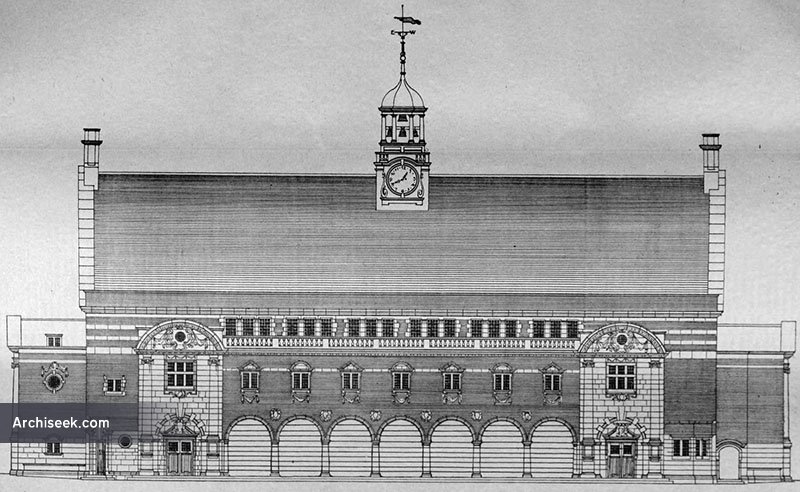 Third premiated design in architectural competition. “We complete the series of illustrations to-day of the first, second, and third premiated designs for this building by giving a view, elevation, section, and two plans of Mr. Henry T. Hare’s design, which was accorded the third prize. The selected design, by Messrs. Samson and Cottam, appeared in the Building News this month hist. The second premiated design, by Mr. J.M. Brydon, was illustrated last Friday. With regard to Mr. Hare’s design, the drawings speak for themselves, and we have endeavoured to give each of the three designs equal illustration, so as to show them to equal advantage. The materials proposed in this case to be used were red-brick facings, with Bath stone dressings, and roofs to be covered with stone slates. The roofs to be of fireproof construction. “