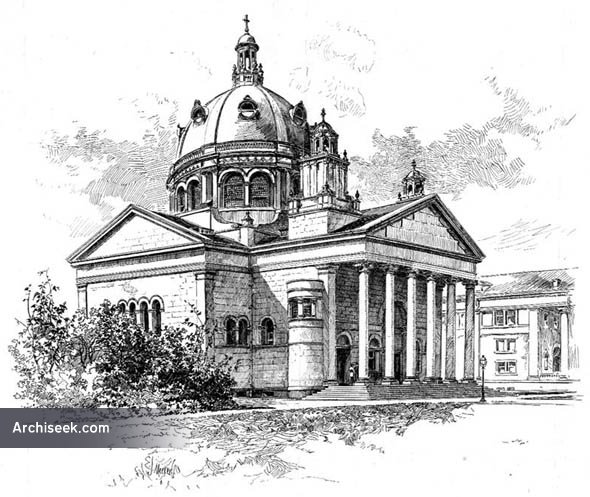 Robert Richard Randall, Snug Harbor Cultural Center’s founder and benefactors’ bequest of 1801, created Sailors’ Snug Harbor’s original three buildings as a “haven for aged, decrepit and worn out sailors.” Over the next century, Snug Harbor expanded to 50 structures and 900 residents from every corner of the world. By the turn of the 20th century, Snug Harbor was the richest charitable institution in the United States and a self-sustaining community composed of a working farm, dairy, bakery, chapel, sanatorium, hospital, music hall and cemetery.

Snug Harbor’s major buildings are representative of the changing architectural styles of the early 19th and 20th centuries. The first buildings were built in the Greek revival style. As the complex expanded, new buildings were erected in Beaux Arts, Renaissance Revival, Second Empire and Italianate styles. High Victorian decorative components were added throughout the 83-acre site.

The institution experienced financial difficulties in the mid-20th century, as the number of residents dwindled and financial pressures multiplied. The once grand structures, such as the ornate white marble Randall Memorial Church, fell into disrepair and were demolished. In the 1960’s, the newly formed New York City Landmarks Commission stepped forward to save the remaining buildings, designating them as New York City’s first landmark structures, and listing them on the National Register of Historic Places.