The Dublin Loop Line for the City of Dublin Junction Railway 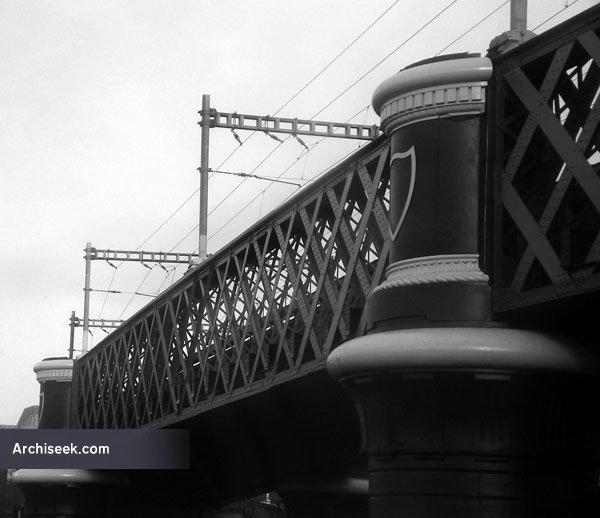 Designed by John Chaloner Smith, engineer to the Dublin, Wicklow and Wexford Railway, the bridge consists of wrought iron lattice girders on a double row of piers with five spans, supporting two railway tracks. During original planning and construction, the project was subject to much opposition and controversy, because the structure blocks the view down river to The Custom House. It was seen as a viable option to a central railway station – a plan proposed in the late 1860s, early 1870s, and discarded due to costs.

Smith was the first person to promote the construction of a line to connect the Dublin, Wicklow & Wexford Railway’s Westland Row terminus with the terminus of the Great Northern Railway of Ireland at Amiens Street. The Dublin Loop Line (for the City of Dublin Junction Railway), designed and supervised with William H. Mills, chief engineer of the Great Northern Railway, was built following the passing of an enabling act of Parliament in 1884. The Dublin, Wicklow and Wexford Railway Company was renamed the Dublin and South Eastern Railway in 1906.