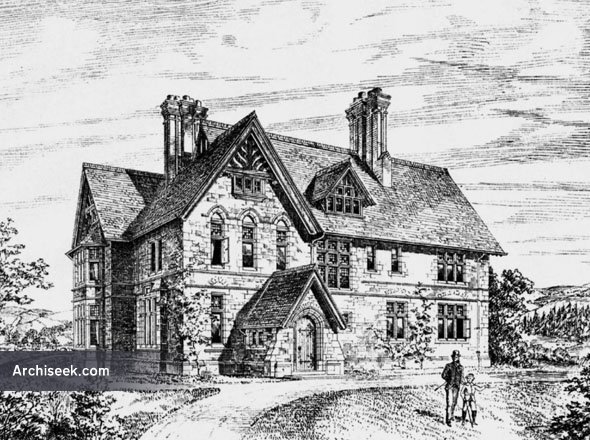 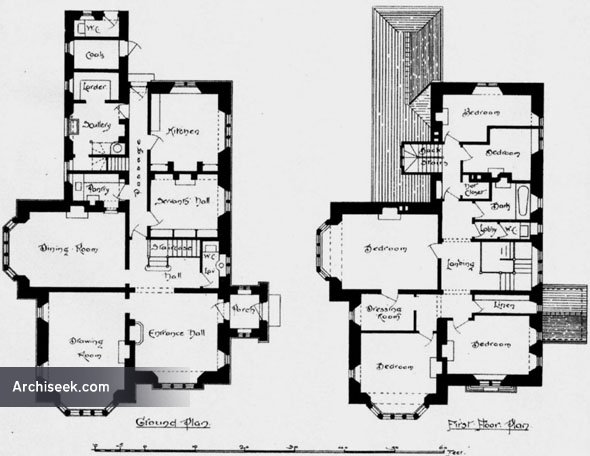 Tregaddick Lodge in Blisland was designed by Silvanus Trevail as a summer residence for Sir Warwick Charles Morshead of Forest Lodge, Berkshire, and his bride. The Morsheads were local landowners, the 1st baronet, Sir John Morshead, having held the office of Lord Warden of the Stannaries of Cornwall. Their coat of arms is on Jubilee Rock on Bodmin Moor.Sir Warwick had married for a second time in 1887 and over the porch door the initials S.E. & W.C. were placed. The house, built in 1886 is of granite cavity walls with bath stone facings and Delabole slate roof. The original design was for a south facing porch leading into a 16′ square entrance hall. From here one door led into a 20′ Drawing Room with bay window and a second door led to the inner hall.From here access was into a 19′ Dining Room, also with bay window. A passage- way led to the back of the house with servants hall, kitchen, pantry, servery, scullery, fuel store and back stairs. From the main staircase in the inner hall access was to two bedrooms with bay windows and a shared dressing room, 3 smaller bedrooms, bathroom and WC. From the back stairs there was entry to two servants rooms on this floor. Both stairways continued to attics containing a further six rooms.Throughout the house woodwork was pitch pine and heating was by hot water. Above the transoms the lights were leaded and most still contain the original designs of sporting features, flowers and fruits. The staircase window contains County and family coats of arms. A stable block, presumably built at the same time had room for two carriages. An extension was added to the east side of the main house.The house remained in the family until 1943 and when sold was run as a hotel for about 40 years. It was eventually left empty and became derelict before being purchased by current owners in the early 1990s.